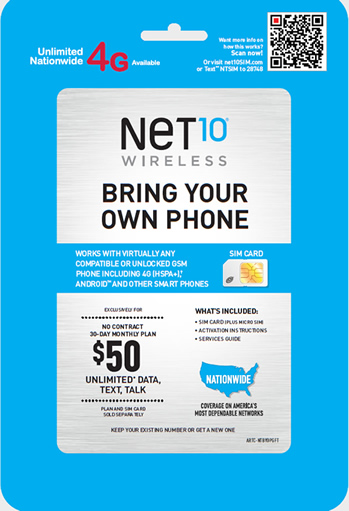 I have an iPhone 5s that I purchased new from Walmart and set it up on the Net10 network. We moved a few weeks later to an area in which Net10 bounces off of AT&T’s tower. After 3 months, AT&T blocked our phones from being used on their towers. Net10 sent us new sim cards and said they would be good for 3 more months. Every 3 months we would have to change our sim card which also meant our phone number would change every 3 months. We were okay with that as long as we had service. However, AT&T still wouldn’t allow us to use their tower even with the new sim cards. I asked Net10 to unlock our phones so we could set them up with a provider in our location. They refused. They said that since I bought the phone through Net10 that they owned the phone and refused to unlock it. I told them I bought the phone at Walmart and not through Net10. They said when I put their sim card in my phone, it became the property of Net10 and therefore cannot be unlocked. So, we have 2 iPhone 5s phones that are pretty worthless at home which is where we obviously spend the majority of our time.

To top it off, the phone broke and the repair company couldn’t fix it. They are offering me a settlement based on what Amazon is selling a refurbished 5s Sprint phone for. We can’t use Sprint out here. All the providers we can use Amazon is selling their phones for about $150 more. So, we purchased a NEW phone for $649, 6 months later it broke, and our offer is only for a refurbished phone that won’t work in our area. This is so stupid.

It’s upsetting that Net10 won’t unlock our phones so we can actually use them. They said their reasoning was because they sell them for so cheap that they can’t afford to unlock them because they paid more for them than what they sell them for. I told them I paid full price at Walmart, not from them and certainly not at a discounted price. They make no sense!

My question is more of a clarification: Can a locked Sprint phone be used with Net10?

Hi Shay,
I am sorry to hear about your troubles. I have never heard a story like this. And I confess I am not really sure what the issue is.

If you have an Net10 iPhone 5s from Walmart, it should be using either the Net10 ATT or Net10 T-Mobile network. As far as I know, Net10 does not sell a iPhone 5s that uses their Verizon or Sprint network.

I am not sure what you mean, by Net10 bounces off the ATT tower. And what you mean by kicked off. The idea that you would need a new SIM is crazy. It means your SIM is getting banned from the network. I also don’t understand why you have to change phone numbers. You should be able to just transfer your service from the old SIM to the new SIM and keep your phone number. Unless, they are banning your phone number too.

It’s possible you moved to a rural area and your phone’s are connecting to a local phone companies network by a roaming or reciprocal coverage agreement and that when the wireless network companies get wise that your phone is connected their all the time, you get kicked off.

Tell me what model iPhone 5s you have. Its printed on the back of the phone. Also tell me what color is the plastic card your SIM comes on. Is the number on the card TF128PSIMC4NB or TF128PSIMT5NB?

Tell me a little about the area you moved to. Do most people there use ATT, T-Mobile, Verizon, or Sprint? Or do they use a local or regional wireless company?

Truth be told, I don’t really know if your iPhone 5s is locked. Take it to a ATT and TMobile Store. Tell them you are thinking of switching to their prepaid plan and don’t know if their network will work with your phone. Ask them if they could put a SIM in to see if voice,data, and MMS work. Be nice, go at a time when the store is empty. If you really decide to switch both of these companies have viable alternatives.

I have no idea why they want to base they are offering you a settlement based on the value of a Sprint iPhone 5s. That phone can only be used with Sprint.

You might also want to try calling 800-876-5753. That is the number for the Tracfone Executive Resolution team. Tracfone and Net10 are owned by the same company. Many readers report getting better customer service from this department.

Finally, I usually recommend people by unlocked iPhones directly from Apple. You pay full price, but their is not dispute over who owns your phone. When you buy an iPhone from Net10, it’s usually costs full price or close to full cost anyway.