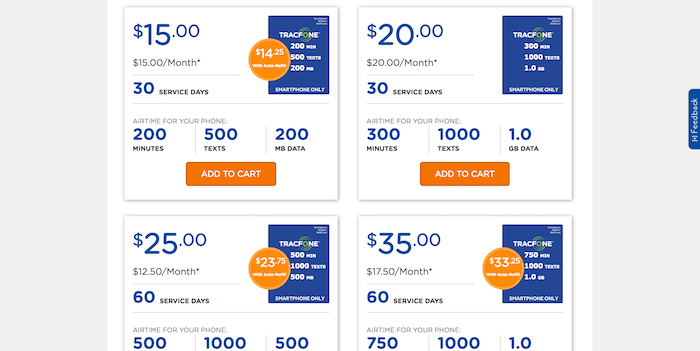 After my article and video last Saturday, I got curious about those Tracfone Pay As You Go and Smartphone Only plans. I decided to do a little math and take at the costs of those plans.

I fired up a spreadsheet and put together the table below. I wanted to see what you’s pay for talk, text, and data on the eight different Pay As You Go Plans and the five different smartphone plans. I also wanted to take a look at what it would cost you to use those plans for a full year and what would be the average amount of talk, text, and data you would get by doing so.

Next I calculated the cost per year by figuring out the cost of the number of refills need for 12 months. I then calculated average monthly cost by dividing by 12. I then figured out the average amount of minutes, texts, and data for the plans.

Note that my yearly costs for all but the 365 day plan are for 360 days, which is five days short. I also did not include auto refill discounts, state sales tax, or fees. I’m not sure if they charge fees to auto refill or online refills. Note that the Pay As You Go Plans all include the same amount of minutes, texts, MB of data.

I applied the same calculations to the Smartphone Only Plans. Each of these plans do not include the same amount of minutes, texts, and MB of data. I’m not sure if there is a better way to calculate this for the Smartphone-Only plans. In the past, Tracfone used just add minutes to your account. The charges for texts, and MBs of data where between 0.3 to 0.5 minutes per text or MB. This had the advantage that you could use the minutes for the service you need and texts and MB cost less than a minute.

You can check out a larger version of my table by clicking on the image below. 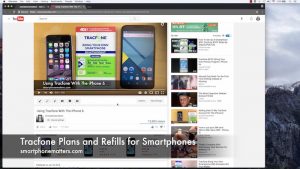 Tracfone Plans and Refills for Smartphones

I recently had a question, from Tyeshia, she asks... If I use my iPhone 6s Well Tyeshia, that is a good question and let me try to answer it. Let me start While the older...