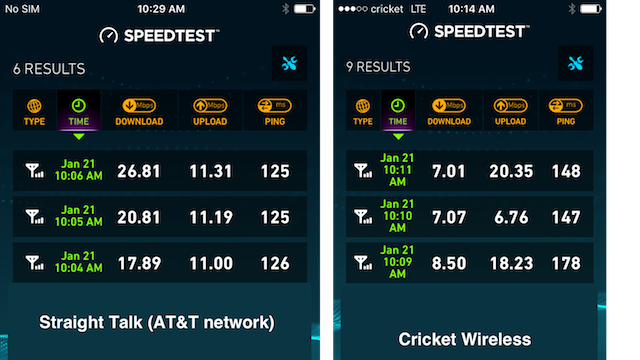 Now after running three speed tests with Cricket Wireless I measured download speeds between 7.00 Mbps and 8.50 Mbps. The upload speeds were between 6.76 Mbps and 20.35 Mbps.

So after running these tests, it does look as if 8 Mbps is the max download speed on Cricket Wireless’ 4G LTE network. The big suprise was that the upload speeds were so fast and are much faster than 8 Mbps.

I’ll talk more about my experience with Cricket. As for the speed, I’d say given the max 8 Mbps limit, it’s better than I expected.