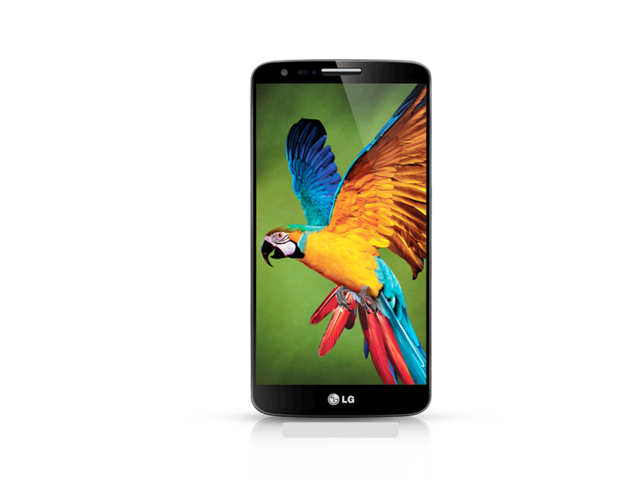 I have a Verizon LG-G2 on straight talk T-Mobile sim card. I was getting up to 70 mb with Verizon, and when I put in the Straight Talk T-Mobile sim, it went down to a max of 17 mb, but that is still much better than using the Straight Talk Verizon sim and being capped at 5 mb downloads! I get perfect signal for LTE in Kansas City, MO and Kansas City KS and the surrounding metro areas, the only thing I notice is that when I make a call, my 4G LTE indicator switches to 3G or HSDPA or something less than LTE, and then, after a few seconds, it switches back to LTE, so I guess when you talk on a Verizon phone on a GSM network, it cant do the VOIP over LTE which Verizon does on their own network. I also don’t think I am getting carrier aggregation anymore (where Verizon combines extra data streams for higher LTE speeds). I will stick with the Verizon LG G2 using Straight Talk’s T-Mobile sim and network rather than go to the phone’s native Verizon network on Straight Talk because to switch would greatly reduce my 17 mb download speed to a mere 5 mbs, and why would I do that? Hope this helps. One last thing, the LG G2 only shares the AWS band 12 with T-Mobile, not the 700Mhz spectrum, so I don’t get any T-Mobile towers that use the 700Mhz LTE, but I haven’t noticed any effect on coverage in Kansas City, I always have LTE using the T-Mobile sim and network thru Straight Talk using only the AWS band 12. Not sharing the 700Mhz band doesn’t seem to affect me here in this city.

Christian later shared this update. It he is likely not able to activate his G2 on a verizon network because the phone has a bad ESN…

My Verizon LG-G2 is a contract phone that a friend failed to pay the bill. I have it on Straight Talk T-Mobile sim, and have had it on ST AT&T sim, but I have not tried to take it to Straight Talk’s Verizon sim, and I don’t see myself even trying to since I get 17 Mbp downloads and PERFECT reception for LTE and calls in Kansas City, whereas it looks like I would be reduced to a mere 5 Mbps if I went with the Verizon network via Straight Talk. But, yeah, you could probably use another carrier like T-Mobile or AT&T through Straight Talk.

Hi Christian,
Thanks for sharing this. You did a great job figuring this out. I get a lot of reader questions about figuring out which networks work with which phones, so I decided to write an article to share this with readers. Hopefully. I’ll add a little more detail to help people understand this a little better.

Christian had a Verizon LG G2 smartphone. He didn’t mention it, but if this is the case, the phone should be the VS980 model. His LG G2 is compatible with the Verizon, TMobile and ATT networks. This is often the case for many newer model Verizon smartphones that support 4G LTE, in addition to being compatible with Verizon, they will work with ATT and TMobile,

He previously used this phone with Verizon, and before switching to Straight Talk, he must of used SpeedTest or another app to measure his network speeds. with Verizon, his download speeds were 70 MBps vs 17 MBps using Straight Talk’s TMobile network.

Now 70Mbps download speeds are amazingly fast. That is faster than my Verizon FiOS internet connection at home, which tops out at 30Mbps. He is currently getting 17Mbps down on the ST obile network, so his connection was 4 times faster with Verizon. He didn’t comment as to whether he notices the difference in speed when using his phone.

As we know from reader comments, Straight Talk’s 4G LTE network is capped at 5Mbps down. So if he had signed up for the Verizon network, he’d be getting 5Mbps download speeds instead of 17Mbps, so the TMobile network is 3.5 times the speed.

He also comments on some technical differences between the Verizon network and the Straight Talk’s TMobile network. He is not getting Voice over LTE and carrier aggregation. Voice over LTE is a new technology that the carriers have been rolling out. When 4G LTE came out, it was used for data connections only, while voice connections still used the 3G networks. Eventually all the carriers switch voice services to work over the LTE network, which is more efficient. He also mentions carrier aggregation which is kind of technical, but as he says it simply a technique to combine radio frequencies to be able to give a faster data connection.

Finally he comments on how compatible his phone is with the Straight Talk’s TMobile network. The TMobile network uses certain 4G LTE radio frequencies, sometimes referred to as bands. His phone is also compatible with a certain set of 4G LTE bands. He comments that is phone and TMobile only share one band 12 (700mhz) and not band 4 (1700). This simply means that in his area, TMobile has excellent coverage on the band his phone supports. He if travels to another area, his TMobile support might not be as good.

Thanks again to Christian.